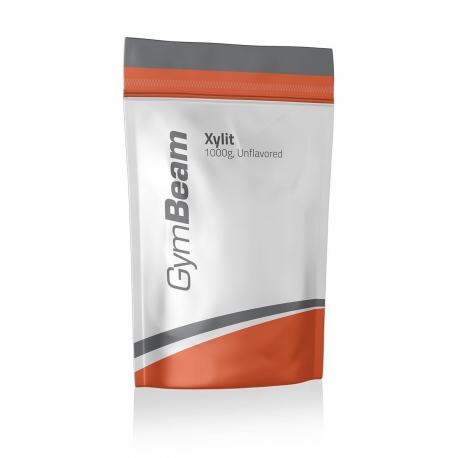 By buying this product you can collect up to 9 loyalty points. Your cart will total 9 points that can be converted into a voucher of 1,35 €.

Xylit or Xylitol is a natural sugar substitute - birch sugar with extremely low glycemic index and slow absorbtion. It has almost the same taste as sugar, but it is a low-calorie sweetener - contains less energy and calories (40% less than traditional sugar), and maintains a stable low blood sugar level. It's suitable for weight loss diet, for diabetics and vegans. Xylitol comes in powder form which dissolves easily.

Xylitol is a natural sugar substitute - birch sugar. Its inherent advantage is that, although the appearance and taste is almost the same as granulated sugar, it maintains a low and stable blood sugar level. Furthermore, it has a particularly low glycemic index (GI=7) compared to conventional sugar (GI=68) and thus maintains a normal blood glucose and affects the human body differently. You don't gain weight from xylitol consumption, it doesn't have a negative impact on teeth, body doesn't need insuline to absorbe it, speeds up the digestive process and helps excretion. It is suitable for adults, children, diabetics, pregnant women and during weight loss.

Low GI of xylitol also helps with overeating and overweight. It is absorbed, digested and metabolized in the body slowly and gradually, while increasing satiety and reducing the risk of overeating. Since it has 40% less calories than sugar, it helps to reduce caloric intake and makes weight loss easier.

Xylitol (or birch sugar) is obtained from birch. Sugar is found in the bark and birch sap. It looks like sugar on the eye, white and crystalline. Xylitol is called a "sugar substitute", so it is not a sweetener, but a sugar-like sweetening agent which has approximately the same sweetness as sugar but only half the calories (sugar has 4 calories/gram, xylitol only 2,4 calories/g). It is often used in health food products, such as chewing gum, candy, toothpaste, nasal drops and sprays.

Xylitol for those with low calorie diets

Sugar consumption represents a significant share of calorie intake and provides empty calories without nutritional value. Xylitol as a sugar substitute may be useful in reducing caloric intake in two ways. The use of xylitol (with extremely low glycemic index (GI) 7) for sweetening contributes to maintaining stable blood glucose levels. It has 40% less calories than sugar, so it helps to reduce the caloric intake and supports weight loss.

Birch sugar is extremely slowly digestible carbohydrate whose convertion to glucose is a complex chemical process. This is time consuming and therefore it doesn't have almost any effect on the blood sugar level. Minimum birch sugar (about 25%) is converted to flucose and absorbed in the blood throughout all the digestive cycle. Rest of the sugar (about 75%) gets into the intestinal system and becomes a part of other digestive process in order for the body to ensure uninterrupted power supply.

Xylit protects the teeth, reduces the risk of dental caries and respiratory infections

Many studies have shown that regular consumption of birch sugar restores the lost tooth minerals.  Since the bacteria in the mouth do not produce acid, the pH in the mouth does not drop, thereby preventing the loss of mineral from the teeth. In some cases, this process is also useful for healing of small dental caries.

Regular birch sugar consumption helps to prevent dental plaque deposition in the mouth, thus reducing the risk of caries, reducing new caries formation and even to stop and recover existing defects. It has been found that xylitol also helps the body to get rid of harmful bacteria in the mouth and upper airways. When the bacteria in the nose, throat and mouth is exposed to xylitol, they lose the ability to capture in these tissues and body can easily get rid of them naturally.

Xylitol and its benefits

Use as an alternative to sugar, same doses as sugar. In a 1:1 ratio.

This product is not a substitute for a varied and balanced diet. Store at 25°C. Protect from frost and direct sunlight. Not suitable for children, pregnant and lactating women. Keep away from children. The manufacturer is not liable for damages caused by improper usage or storage. Do not exceed the recommended daily dose.

10 other products in the same category: