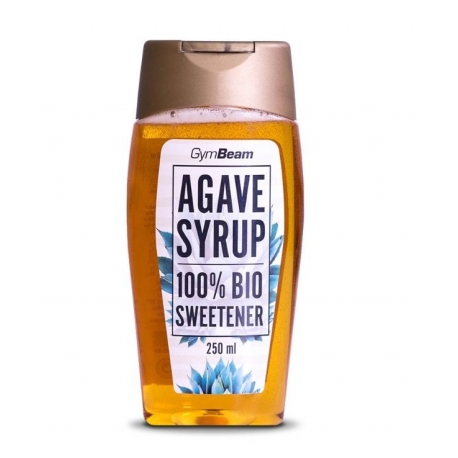 By buying this product you can collect up to 3 loyalty points. Your cart will total 3 points that can be converted into a voucher of 0,45 €.

Agave nectar is a concentrated juice of the agave cactus. It has a soft, neutral taste and color. Its density is about somewhere in the middle between the thinner and thicker syrup. Agave syrup is a very versatile help.

Agave nectar is a natural Mexican sweetener based on fructose. Agave plant is a traditional part of Americas Southwest and Mexican diet for centuries. Native Mexicans call agave "Mexican tree of life and abundance". They first produced paper from its leaves and sewing needles from sharp thorns. The ancient Aztecs considered agave plant sacred and believed that the juice that flows out after being cut from the leaves and roots of plants, cleanse the body and soul. Later, Spanish conquerors used the plant as they wished: they fermented agaves sweet juice and make tequila.

Agave nectar is actually concentrated juice from agave. Raw juice of the agave is regularly collected from wild cactuses growing in central Mexico. This is usually the job of Native Americans. First, you need to cut the top of the plant resembling pineapple and take out its middle. A stone is put on its hollow. Cactus releases a juice which is collected for a few days in the hollowed center. Milk-colored juice is then removed from each plant individually. The juice is high in polyfructose or inulin, which changes during mild thickening without use of any chemicals into fructose. Agave Nectar Bio nebio comes from a certified organic, which means it has been prepared from untreated plants growing in industries unaffected by the country and in its manufacture were not used any chemicals.

Agave nectar is not only healthy, but also tasty and versatile sweetener. It is an excellent compliment to honey, maple syrup and other natural sweeteners. It has lower viscosity like honey, and therefore is easier to mixed with food. Pleasant taste (resembling maple syrup) highlighting original food flavor. Nectar can be used in fruit salads, yoghurt, cereal and flakes, pancakes and waffles, to sweeten tea or coffee, soft drinks and fruit drinks. It is suitable for salad dressings, marinades and barbecue mixtures. It is an excellent sweetener of herbal teas (compared to white sugar).

Agave nectar can be substituted for white sugar in practically any dish. Replace the required quantity of sugar with 3/4 amount of agave nectar. Its ability to bind moisture and prevention of drying out stands out when its used for baking. Agave nectar has extra long life and can be stored for up to 3 years without converting into sugar.

Agave nectar is also suitbale for a diet, it's a great sweetener for people with higher weight or diabetics. If you need to lose weight, and you have a sweet tooth, try agave juice. It's enough to consume 50 ml of this nectar daily. It is very sweet because of its high proportion of fructose, which makes blood glucose rise slower (has a low glycemic index 22).

The juice also helps to reduce blood sugar levels and thus becomes a source of energy for a longer period. Therefore it is popular among people as a supplement to a healthy diet and also helps to increase athletic performance (especially for endurance sports) because it supplies energy throughout exercise and helps to burn way more calories.

Store in a dry place.

9 other products in the same category: